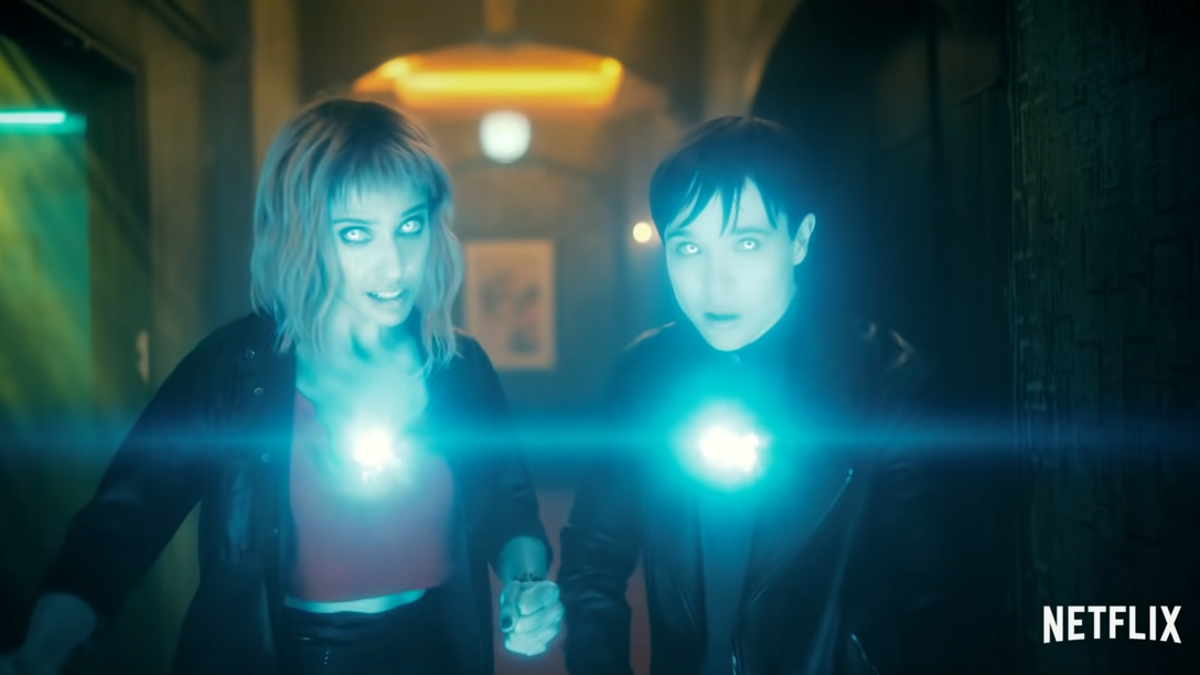 It’s inconceivable to me that I haven’t watched a show with a trailer that fun, let alone one that can be accurately described as “The Royal Tenenbaums meets Fantastic Four.” And yet. There’s just so much content out there these days, and when it all drops in one bingeable chunk, the pressure to actually sit down and consume it can be too great. At least for me. Maybe I will catch up by the time season three drops on June 22? (I will not.)

Other than that, it’s a sleepy month on Netflix. There’s a new Adam Sandler comedy, Hustle (June 8), in which he plays a sports talent scout trying to recruit a phenom from Spain; in the sitcom God’s Favorite Idiot (June 15), Melissa McCarthy starts opposite her husband Ben Falcone, who plays a loser recruited by the Almighty to fight evil. And then there are the comedy specials—oh-so-many comedy specials, from the likes of Amy Schumer (June 11), Pete Davidson (June 13), Bill Burr (June 6), and more. Plus, a new behind-the-comedy-focused talk show from David Letterman (June 7) and Dirty Daddy, a tribute to the late, great Bob Saget (June 10). I’m sure they aren’t producing all of these specials just because they are cheap, nosiree.

Here’s everything else coming to and leaving Netflix in June 2022.

What’s coming to Netflix in June 2022